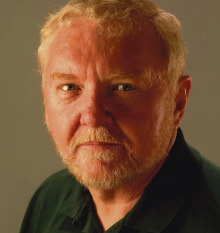 Ontario’s energy policy makers share a common challenge: ensuring that our homes, businesses and industries continue to have clean, reliable and affordable electricity into the future. How do we best achieve this outcome?

The planned mid-life refurbishment of six nuclear units at Bruce Power and four at Ontario Power Generation’s (OPG) Darlington site is good news. Both companies will be subject to oversight, and there is an “off ramp,” but it is clear that these projects are extraordinarily important for Ontario in renewing almost 50 percent of our electricity supply for the next 30 years at a very reasonable rate while producing no greenhouse gas (GHG) emissions.

Ontario has deferred building two new reactors planned for Darlington. Ontario’s energy planners point to the temporary electricity surplus as a reason to delay these nuclear investments. The province should not be lulled into complacency about future electricity needs by this temporary surplus. Only eight years ago Ontarians were faced with significant power shortages. The biggest reduction in provincial power demand was caused by the recession, not conservation, and an upswing in economic activity could change the equation in short order. Add to that the scheduled closure of the Pickering Nuclear Generating Station in 2020 when Ontario will lose 3,000 megawatts of GHG emission-free electricity.

Ontario must be prepared for the energy needs
of a resurging economy and growing population. Our future electricity supply should also position Ontario to benefit from opportunities, such as
the electrification of transportation (cars and trains) and the possibility of low-carbon electricity exports to our fossil fuel dependent neighbours.

Extreme weather events and the resulting large insurance payouts have the public thinking more about climate change and reducing our carbon production.

Wind and solar generation don’t emit GHGs
but for over 70 percent of the time they don’t produce electricity and require back-up from GHG-emitting natural gas generation. Based on
a full life-cycle analysis, natural gas generation emits 469 grams of carbon dioxide equivalent per kilowatt-hour compared to 16 grams for nuclear power. This difference was underscored in a 2013 Strategic Policy Economics (Strapolec) study that showed making these planned nuclear investments would reduce GHG emissions by 50 percent more, or a 100 million tonnes compared to building more wind generation.

As Ontario turns more and more to natural gas
as a fuel for electricity generation, such factors
as the price volatility of natural gas and the likely cost impacts of carbon pricing should be taken into account. Ontario imports 99 percent of its natural

gas for heating, industrial uses and electricity generation. In contrast, most of Canada’s nuclear industry is based in Ontario and strengthens our energy security.

Strapolec projected that the planned investments in nuclear (including the two new reactors at Darlington) instead of more wind, would result

in a comparative $38 billion savings in electricity costs for residential consumers. It would also contribute $60 billion and 100,000 more jobs to Ontario’s economy.