Smart and Strategic: Next Steps for Ontario’s Energy Plan 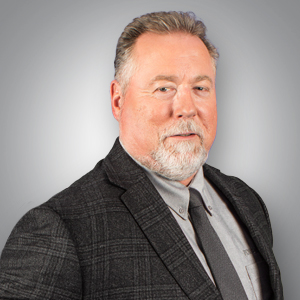 Ontario’s recently released Long-Term Energy Plan (LTEP), Delivering Fairness and Choice, sets some ambitious consumer-focused goals including making energy more affordable and giving consumers more choices. The scope and complexities of the Plan suggest it will be challenging to achieve these goals.

Fortunately, Ontario has already made some smart choices, recognizing the environmental and economic benefits of the province’s energy advantages – nuclear, hydroelectric, biomass, and the bulk transmission and distribution network that knits them together.

Commendably, the updated Plan recognizes the importance of Ontario’s nuclear fleet as the low-carbon, safe, reliable, affordable, “workhorse” provider of electricity. The LTEP confirms the provincial government’s commitment to refurbish the Darlington and Bruce Power nuclear reactors, extend the operation of the Pickering Station to 2024 and support the development of exports of Ontario’s nuclear technology and expertise. These commitments recognize the inherent job, revenue and innovation benefits that accrue to Ontario and the opportunities to reduce greenhouse gas (GHG) emissions in other sectors of our economy and in other jurisdictions.

This Plan does not reference recycling the idle, provincially-owned Nanticoke and Lambton station assets as in the previous LTEP. The benefits demonstrated by the conversion of the Atikokan and Thunder Bay stations to biomass could be increased by converting Nanticoke and Lambton. That means more jobs in Ontario’s forestry, agriculture and transportation sectors. Additionally, expanding the biomass supply chain would boost the province’s emerging high-value bio-economy.

The Plan does reference the need for additional infrastructure to, and the “hardening” of, Ontario’s bulk transmission network – the critical backbone that knits the province’s electricity system together. Improvements that “harden” the system are needed to address the increasing frequency of extreme weather events and cybersecurity threats. This should be the focus of the new bulk electricity system planning process the Plan directs the Ontario’s Independent Electricity System Operator (IESO) to undertake.

As the IESO is implementing the LTEP, more than 20,000 power purchase agreements will need to be renegotiated. Concurrently, the IESO will be completing twenty-one regional energy and multiple community energy plans in First Nations and Métis communities. Each one of these elements represent new and undetermined costs to be allocated across Ontario’s energy system.

Renewable distributed energy resources (DER) including remote hydro, wind and solar, and energy storage and microgrids, are the focus of the regional and community planning processes. These investments are promoted as being cost-effective ways to lower GHG, improve resiliency, create jobs and advance Ontario’s clean technology sector. Some advocates – multi-national companies, technology developers, financiers, and prosumers – also see an opportunity to capture a share of the electricity sector’s solid revenue streams.

To date, Ontario’s DER demonstration projects have mostly been partnerships between Local Distribution Companies and private companies supported by government funding. The costs and benefits and impacts on the bulk electricity system remain to be determined.

However, some of the outcomes of the 2009 “Green Energy and Economy Act” suggest that Ontario’s future energy decisions should be supported by transparent, comprehensive cost-benefit analyses and only proceed where the value has been clearly demonstrated. Smart and strategic means a better energy plan.